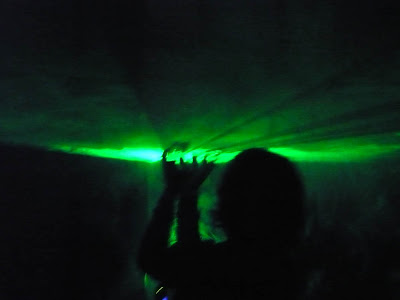 How exactly does one visualise air? On Thursday night Malte Wagenfield explored the process of rendering air visible through the use of a scanning laser and smoke. The result was breathtaking - as the smoke passed through the lasers the movement of the air was coloured by the green laser, highlighting the swirls and patterns. Think less 'rave cave', more 'ethereal experience'.

Phase 1 was divided into three 10-15 minute performances. After each performance, the space was cleared up of smoke. Performers were orchestrated by Malte to interact with the smoke in a number of ways such as walking, sprinting, breathing, skipping and cartwheeling. After the choreographed performances, the audience was invited to join in and play with the smoke. By the end of it all, the sceptical were converted ("so you really can see air!") and the enthusiastic were, well, more enthusiastic ("that was amazing!") 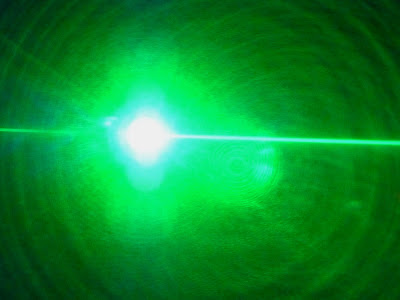 Yours truly is rather diminutive so this happened a lot... 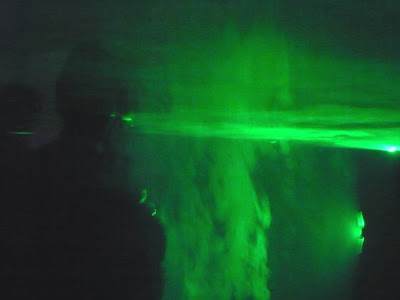 Towards the end, the laser was made vertical so that a 'wall' of air was formed. 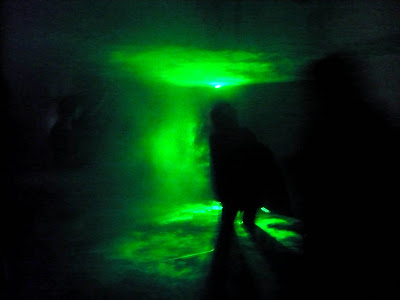 Running through the air. 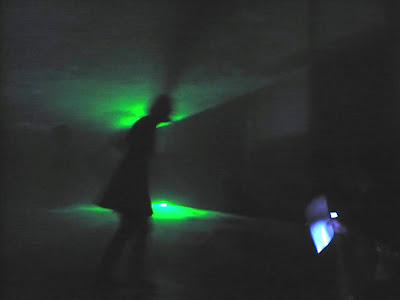 Spinning through the air. You can just make out Malte (the blue light is his flashlight!)

For those who missed it, don't fret! Visualising Air Phase 2 will be happening next Saturday 20 September from 6.30pm to 8pm.