Book of the Month: Chicks on Speed "It's a Project"

The other day, the faces of CVHQ (read: front of house and retail staff) were discussing their collective curiosity regarding the Chicks on Speed tome, It's a Project. 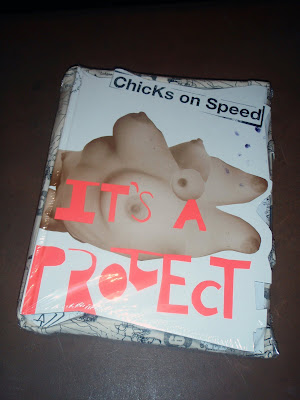 It's all wrapped up securely in clear plastic and you know how it goes - the more you can't have something the more you want it! 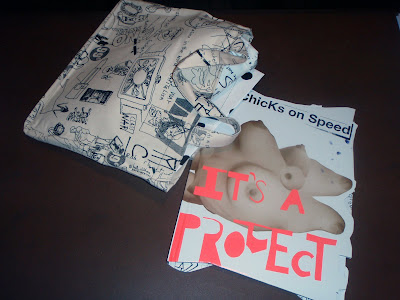 Out came the scissors and a couple of snips later, the mystery surrounding the Chicks on Speed book was replaced by "Wow! Look at that!" 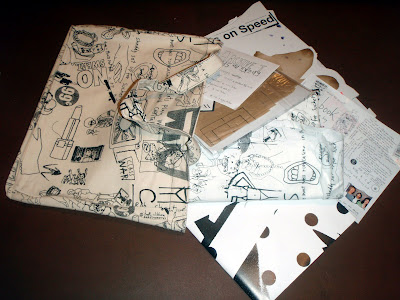 A neat little tote bag (big enough to fit an A5 notebook and then some) comes packed with goodies - a poster, some fabric, a pattern, a CD mixed by Jeremy Scott and the requisite miscellany (the kind that falls out of magazines as you surreptitiously read them at Borders, making a big mess and giving you away as a cheapskate). 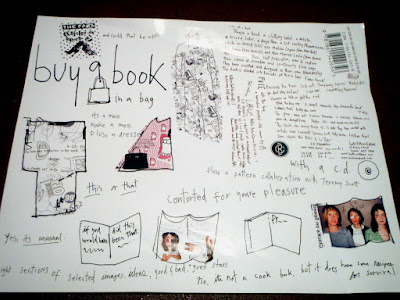 A note from the CoS ladies describing the contents and suggesting you turn the fabric into a jumpsuit. Why not indeed! 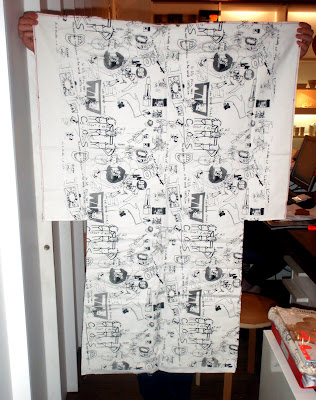 The fabric in its pre-jumpsuit stage. If anyone would like to send through images of a completed CoS jumpsuit we'll give you a super suprise prize... 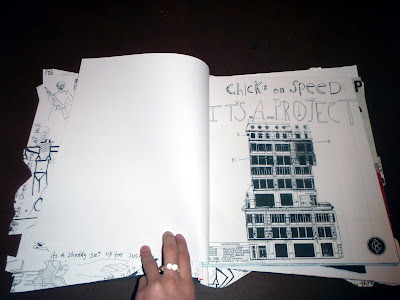 And here's a sneak peek inside the book. The cover and pages have all been meticulously cut at angles, making you wonder whose job was it to do all of that... 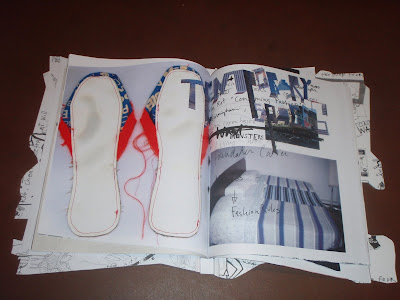 The book is priced at $90 and there a still a few copies available at COUNTER. You can always call us to reserve a copy!

Email ThisBlogThis!Share to TwitterShare to FacebookShare to Pinterest
Labels: book of the month, Chicks on Speed, staff