Dylan Martorell vs. Chicks on Speed 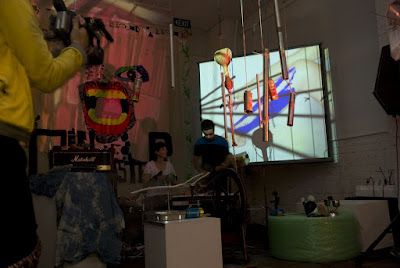 Last Friday evening, Dylan Martorell dropped by with some of his homemade instruments for a session with Alex and Melissa of Chicks on Speed. The magical spinning device some of you may remember from Dylan's exhibition last year made a reappearance, as did some new fangled devices like aerosol cans and aluminium tubes tied onto the spokes of a wheel, a stack of rattan hats, a smoke machine (!) and a twig. Visual stimulation was presented via a projecter screen and alternated between Dylan's work and some rather cheeky footage of the Chicks (inside joke!). 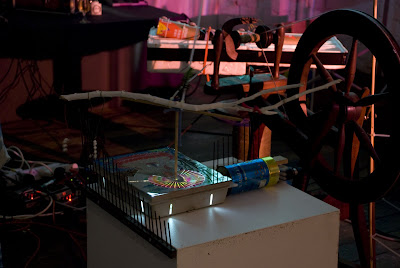 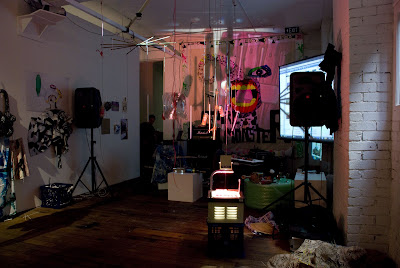 The crew from the Sunday Arts program were filming the performance. If you missed out, you can view exclusive footage of the event on Sunday 5 April at 5pm on ABC1 and 7.30pm on ABC2 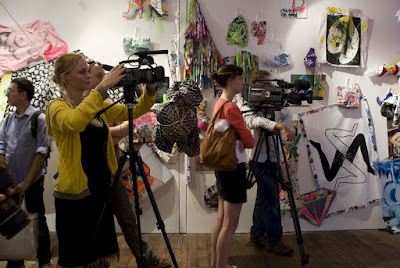 The performance was short and sweet. The first half consisted of an artist talk, which was followed by a brief intermission (gotta let the heavy stuff sink in!), before Dylan and the Chicks launched into a 45 minute long set of amazing experimental music. 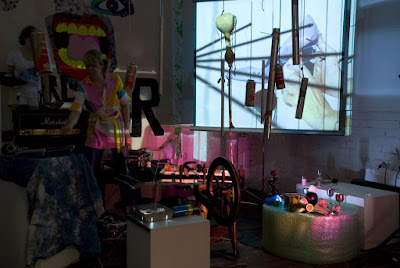 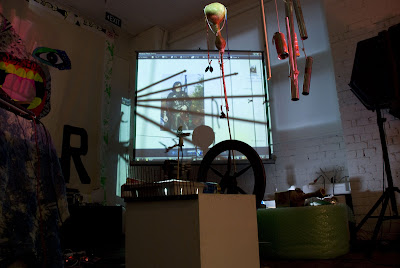 We've just uploaded more images onto our Facebook account so be sure to check it.
From Craft Victoria