This week is a rather sad one for us here at CVHQ. We'll be bidding adieu to our super lovely, super nice and super cute Retail Assistant and Photographer, Liz Wilson. Liz will be leaving us (sob!) to assume the position of Junior Graphic Designer at esteemed design studio Ortolan (hooray for Liz!).

It's been a fast and furious route to success for Liz, and all bright young things have to start somewhere. In Liz's case, she was a participant in last year's Making Out: Speed Dating program that was part of our inaugural A Month About Making festival. The Speed Dating program was geared towards professional development and advice (not about who liked long walks on the beach or pina coladas). Some very exciting people were part of the event including Melanie Katsalidis from Pieces of Eight, Chloe Quigley of Ortolan/Michi Girl, Penny Modra from ThreeThousand and Ewan McEoin, Artistic Director of the State of Design Festival.

After meeting and talking with the people in the know, the rest, as they say, is history.

While we do love a good old fashioned gushy post here on CLOG, this time round we're doing things different and letting the facts speak for themselves. Below you will find a timeline of Liz's rise to the dream job of many a graduate designer - which was achieved in a mere 8 months!


April: Participated in Craft Victoria event Making Out: Speed Dating
August: Joined fabulous gallery Lamington Drive as a Volunteer
October: Joined equally fabulous gallery Craft Victoria as a Retail Assistant
January: Was accepted into the Honours program Bachelor of Design (Communication Design) at RMIT, but decided against it in favour of an internship at Ortolan.
February: Commenced internship at Ortolan, the studio responsible for impeccable graphic design as well as Michi Girl.
April: Was offered a full-time Junior Designer position at Ortolan.

We're all so excited about Liz's achievements, and we're happy to have played such an integral role in kicking off of one talented lady's career. It goes without saying that Liz is an incredibly motivated and driven person who made things happen for herself, something which is so important in today's world.

Before we start getting all 'Readers Digest' on you, we'll say no more and let Liz herself tell you about making things happen. Stay tuned for a super special Introducing... feature on Liz, coming up tomorrow!

For now though, have a look at some images from Liz's final year photography project. The images are from a series entitled My Tribe, where Liz took photos of various family members.

"This is my tribe, my family. I trust them and they trust me. Even though they are all in costume, the photos capture their personality and individuality." 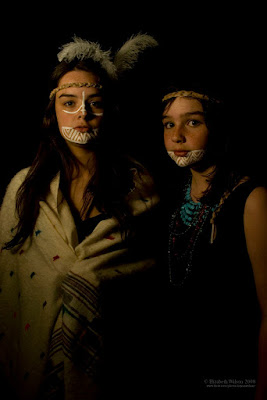 Alice and Hat, The Young Women 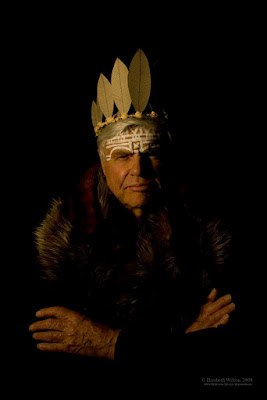 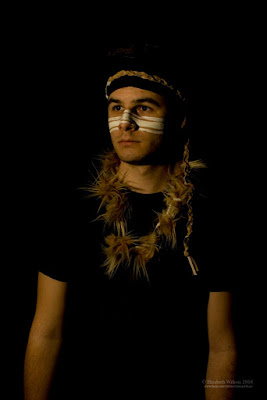 By the way, Liz also has a blog. Click here to visit!

Email ThisBlogThis!Share to TwitterShare to FacebookShare to Pinterest
Labels: staff