The Cycle Craft Workshop combines the making and exhibition of artefact with event to explore the relationship between fashion, bicycles, the city, the urban cyclist and the hand crafted. The Workshop features the display of several reclaimed and customised single speed fixed gear bicycles. The bicycles, designed and collaboratively made by Mick Peel, feature individually crafted soft components and accessories. In the space at Craft Victoria, Mick is working on his next bike projects including soft accessories and coordinated cycling apparel.

Yesterday Mick Peel occupied the gallery, turning into a temporary bicycle workshop. Setting up a table in the middle of the space, Mick worked on finishing a bicycle saddle seat for his sister's fixie. Featuring some very nice detailing on red leather, yours truly did feel a bit green upon seeing it! Altogether Mick brought in five bikes into the gallery, each of which belonged to a family member of his. 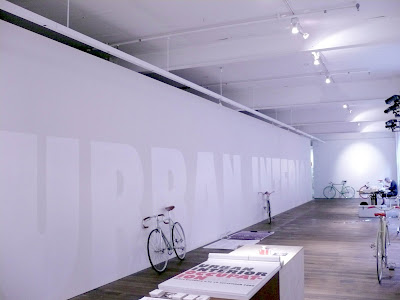 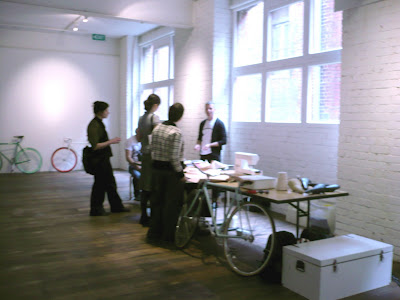 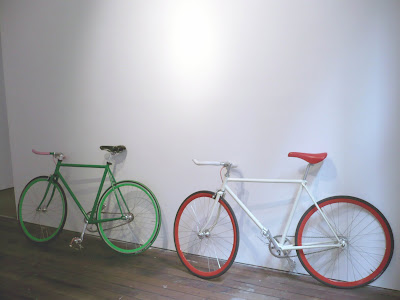 The green bike is Mick's brother's while the red one is Mick's. 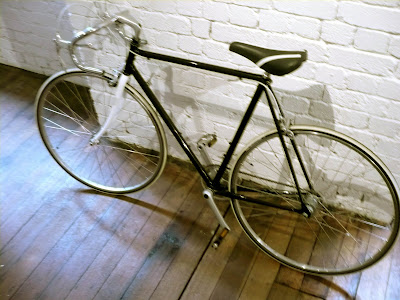 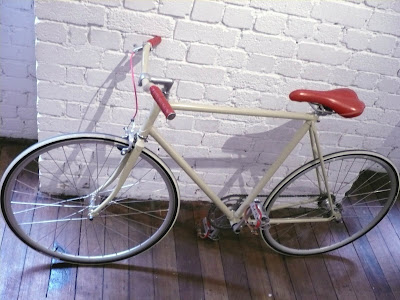 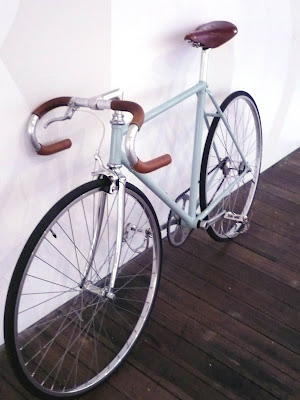 Cycle Craft will be on display tomorrow (Saturday 13 September) from 10am to 5pm. Current and prospective cyclists are most welcome to drop by with or without a bike. Ride on!