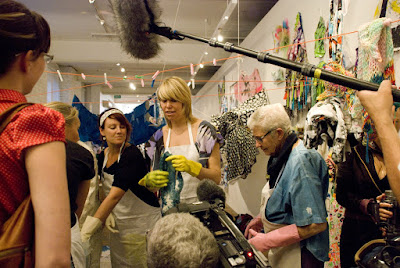 Not too long ago, the ladies from Plant Craft Cottage dropped by CVHQ to host the Indigo Dye workshop which was part of the exhibition program for Viva La Craft!. Participants brought in various items of clothing ranging from pillowcases to old jumpers, to scraps of cloth and were treated to an afternoon of communal dyeing (not dying... and yours truly promises this will be first and last dying-related pun) . At the end of it all, the only things looking blue were the freshly dyed clothes! 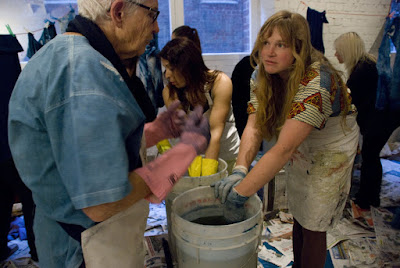 Before the dyeing began, participants were treated to a screening of Travis Boyer's short film Indigo Girls. 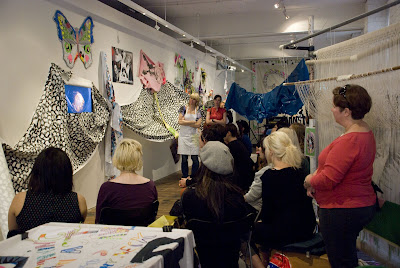 Afterwards, it was done to busy as everyone put on their protective gear and began the dyeing process. Time to roll up those sleeves! 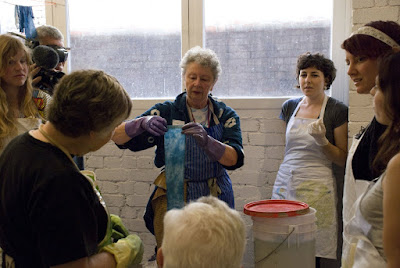 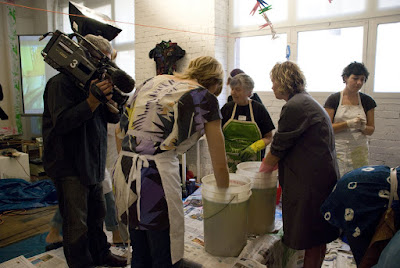 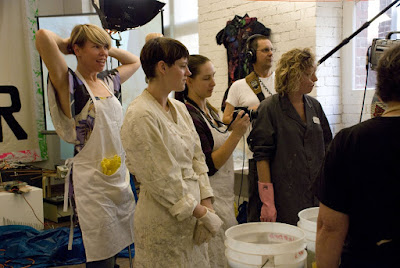 The folks from ABC's Sunday Arts program were also present, filming footage for the Chicks on Speed segment that will be aired on 12 April at 7.30pm 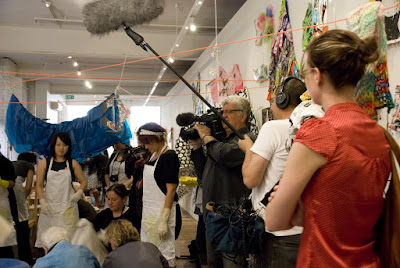 After a couple of hours of dyeing, here's what resulted: 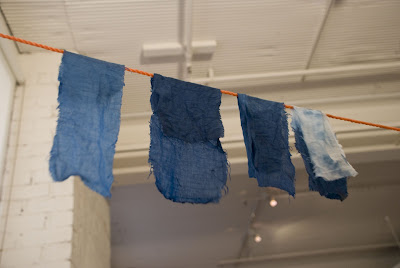 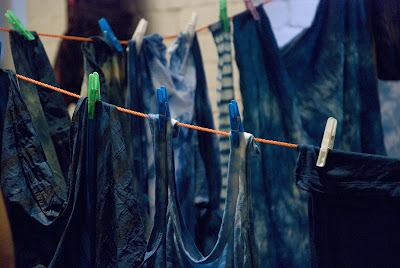 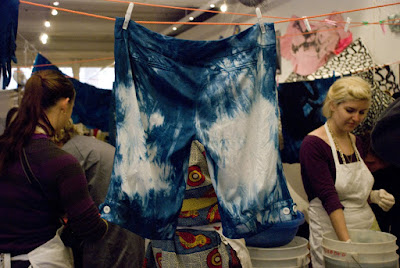 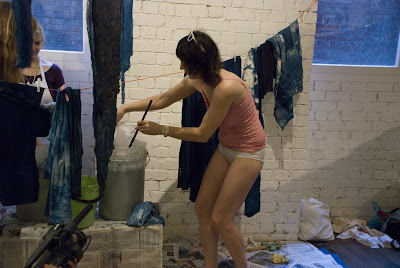