With only TEN days left till the launch of our inaugural festival Craft Cubed, we're all just a bundle of nerves and excitement here at CVHQ! 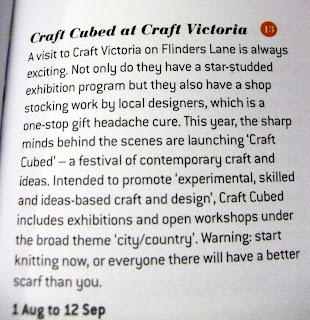 Divided into three components, White Box, professional members' exhibition Perspective and a series of excellent public programs and satellite events, Craft Cubed is all set to take over your August calendar. We'll be launching this exciting new cultural program on Friday 31 July from 6-8pm right here at Craft Victoria. RSVPs are essential for this event, and if you'd like to attend, please send an email to rsvp@craftvic.asn.au to confirm your spot! 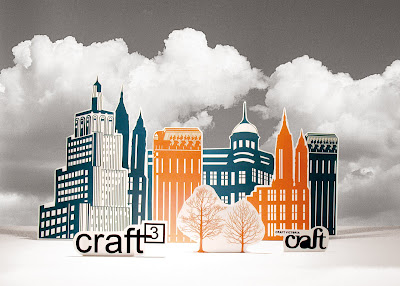 Anita Cummins' exhibition Pantone Pom Pom has already kicked off ahead of the official launch night, and we've still got a ton of exciting events to keep both your eyes and imagination busy... here's a snapshot at what's in store.

In Gallery 3 say hello to artist Dylan Martorell and accessories label Sunday Morning Designs (27 July - 22 August) and clothing designer Ellie Mücke and metalsmith John Hall (24 August - 12 September) as I'll Show You My Craft If You Show Me Yours returns to Craft Victoria. The event brings together two artists from seemingly disparate mediums and combines their collective skill and talent to create something wonderful and fresh. Think Captain Planet but with a craft twist and featuring only two people... 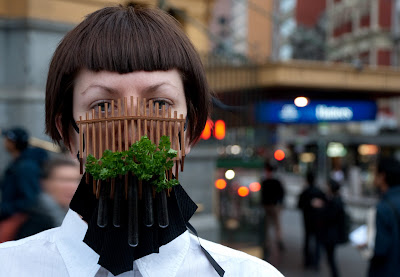 Also keeping us on the edge of our seats with anticipation is Ben Landau and Brittany Veitch's satellite exhibition Bio Accessories, which takes place at the City Library niches. Running from 2 - 30 August, the exhibition addresses the festival theme CITYCOUNTRY and is a witty exercise in how to bring a bit of the country into the city.

We definitely haven't forgotten how well received last years' open studios program was, and this year we've added a few more locations to the roster. You are cordially invited to admire, snoop, covet and possibly even touch (if you're lucky) work from studios at the Abbotsford Convent, Boyd School Studios, Castlemaine Studios, Ceramics Studio (Gasworks Arts Park), The Nicholas Building, Pieces of Eight and Plant Craft Cottage. 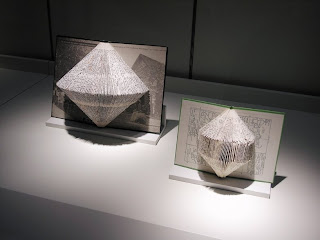 Craft Cubed branches out into the literary world with a very special Craft Hatch market. In association with the Melbourne Writers Festival, we are very proud (especially yours truly) to present Craft Hatch @ MWF: Where Stories Meet Craft, a boutique market that consists of literary-themed work from only the best emerging and established talent. Spread over Sunday 23 and 30 August and located at the Atrium in Federation Square, expect to see book surgeon Nicholas Jones, current Fully Furnished exhibitors Studio Sam and Studio Hip, paper artist Brydie Dyson, letterpress maestro Meaghan Barbuto of Vince Letterpress and cheeky accessories designer Lisa Kearns of Kearnsie plus many, many more... 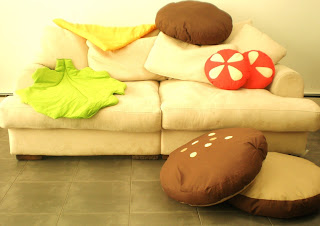 This of course is in addition to our usual Craft Hatch market, to be held on Saturday 8 August at the City Library. Themed CITYCOUNTRY, it's the first time we've themed a market and we're really excited about the calibre of entries received. There's plenty in store for everyone including some fabulous plush hamburger cushions by Gemma Patford (pictured above), illustrations by Cat MacInnes, fine jewellery by RMIT Gold & Silversmithing final year students, cityscape rings by Alexandra Bletsas (pictured below) plus more. 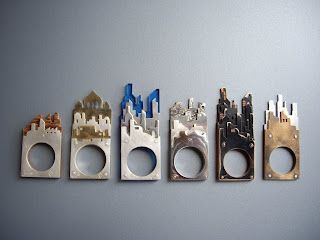 There is much, much more in store as part of Craft Cubed, and to learn more, why not follow this link through to the comprehensive program guide.

Looking forward to seeing you at the launch next Friday, don't forget to RSVP!