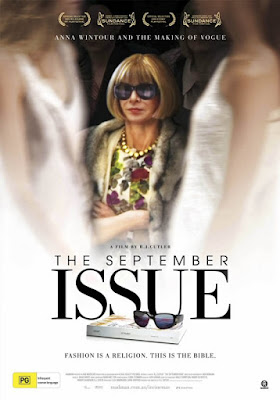 Ever so often, the team here at CVHQ gets together after hours to 'group hang' - which is all about hanging out, talking about stuff (do you like stuff? we sure do), eating pizza and generally enjoying each other's company. To boost team spirits and indulge in some mid-festival relaxing fun times, last Tuesday a bunch of us had pizza at our favourite local pizzeria (Tazio) and followed it up with a trip to Kino to watch The September Issue.
It was a great film and we highly recommend it! And it's not just because as Craft Victoria members, we get $13.50 tickets to all sessions... speaking of which, why don't you sign up now?
Just kidding! That segue was about as subtle as sledgehammer.
On a positive note though, memberships now follow a quarterly calendar meaning that you'll always get a minimum of one years' worth of member benefits (as opposed to the old system where we followed the financial year calendar).
From Craft Victoria

Email ThisBlogThis!Share to TwitterShare to FacebookShare to Pinterest
Labels: staff