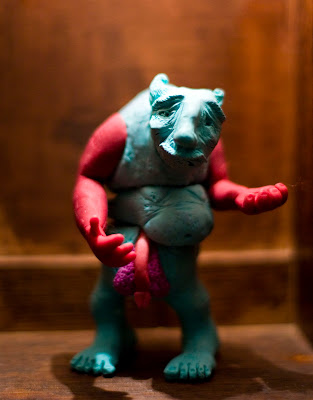 We hope you managed to catch Emily O'Brien's series of hand moulded polymer clay figures from her solo exhibition HYPERBOLIC DOUBT, which was recently shown at Mailbox 141 on Flinders Lane and guest curated by Kim Brockett. 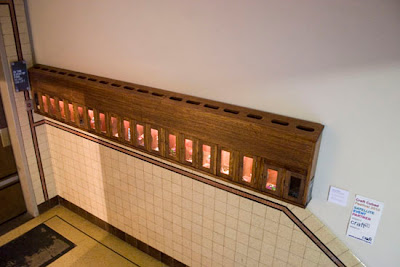 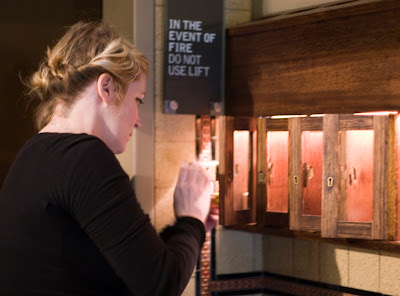 HYPERBOLIC DOUBT is a journey of co-discovery through integration of thought, feeling, agency, and selfhood, possessing a cognitive ability to distinguish the external world from one's own psyche. It explores philosopher, René Descartes process that doubting the truth of his beliefs could in turn determine which beliefs he could be certain were true.
'Several years have now elapsed since I first became aware that I had accepted, even from my youth, many false opinions for true, and that consequently what I afterward based on such principles was highly doubtful; and from that time I was convinced of the necessity of undertaking once in my life to rid myself of all the opinions I had adopted, and of commencing anew the work of building from the foundation...',
René Descartes , Meditation I, 1641 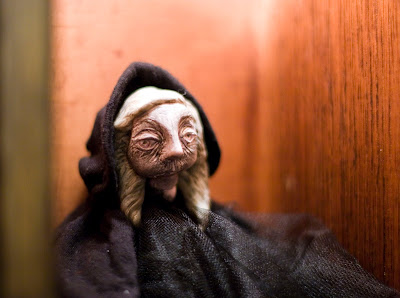 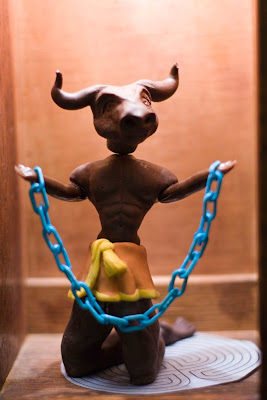 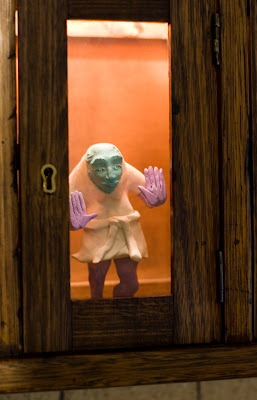 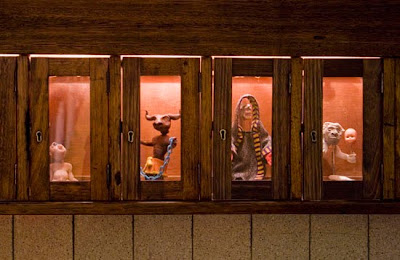 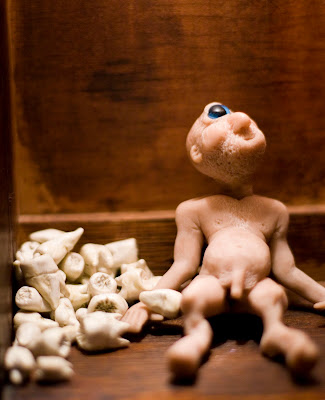 Emily O'Brien's jewellery designs engage with linguistic and conceptual themes that relate to ideas of perception and residual memory. At times, they manifest within the formal perimeters of the psychedelic aesthetic. Her miniature fine art objects, that can often be worn on the body as jewellery, assume a more intimate and human scale than traditional psychedelic art - rejecting many of the genre's phenomenological concerns in lieu of engaging directly with childhood deceptions and perception.

Aww, these are wonderful, shame I missed the exhibit.