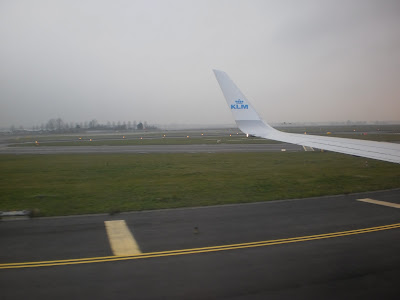 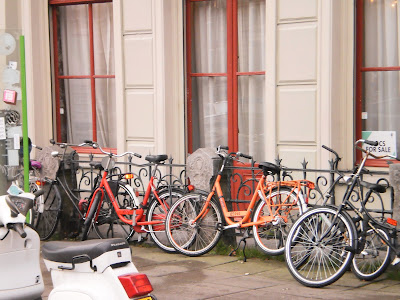 Joe also met with Paul Derrez from Galerie Ra who gave him a few useful tips:

"Paul was very helpful in suggesting some new galleries and business to visit in Amsterdam, such as Wonder Wood, which specialises in wood products, My visit to Galerie Louis Smit was exciting for the quality of the work and I made some arrangements to liaise further (to promote Craft Victoria members works, and to possibly select work for Craft Cubed HYBRID)." 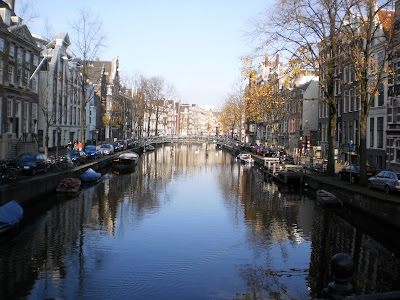 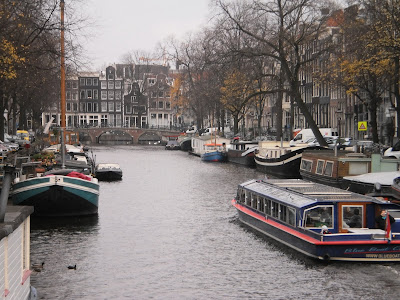 "The short time in Amsterdam was a useful change from the period spent in the UK, due to the contrast between the countries in terms of craft/design practice.
"The aims of the travel in terms of professional development were realised, with outcomes including establishing some key contacts of ongoing value to Craft Victoria and (personally) gaining a sense of the scope and priority of a wide range on craft organisations, which will help frame Craft Victoria’s future direction.

"It was a very interesting time to visit the UK as the arts sector was just beginning to absorb major funding cuts (15% rising to 30% over 3 years). This has in turn allowed me to appreciate the news reports and feeds I receive via email since returning. The arts are going through a major period of change, which will see a greater emphasis on the ‘offer’ to the public, with greater brand clarity and better use of digital platforms, I believe. "There had been an extensive array of public programming in the arts, with the unintended outcome of diminishing wide-spread relevance (in my opinion). The funding cuts are across government, hence the arts cannot argue a special case. Within this framework, the crafts have a reasonable position due to their ability to tap into heritage trajectories, as does theatre for example, however, the major winners out of the present situation are likely to be the ‘super-museums’ due to their capacity to interface with tourism and contribute to the national brand, and to make money!"
"On reflection, I see Craft Victoria’s point of difference as being its unique connection to makers across Victoria, and to some extent throughout Australia. Craft Victoria’s decision some years ago, to remain committed to a membership base has given it a sense of purpose. What the organisation itself has done, through its Board and staff, has been to bring the members along with them on a journey that has remained highly contemporary, instead of becoming a club. This has given us a unique edge.

"Craft Victoria has therefore stayed linked to the development of craft and design, and today can claim to be an ‘epicentre’ for contemporary craft. The key concept is together we represent the core of the best role that contemporary craft can play in a society, which is to be a positive agent for cultural development. It also happens to be true that craft in Victoria is world class!"

And there you have it! We hope you've enjoyed this little 'travel diary' and fingers crossed we'll have more of the same coming soon later this year.
From Craft Victoria