This week, meet Brisbane ceramacist Mel Robson. A COUNTER favourite, Mel's delicate tiles and astonishingly detailed ceramics (including a darling little yellow beaker that's in store at the moment!) are a joy to behold. Often featuring her distinct patchwork pattern, Mel has also dabbled with other prints as pictured below. Obsessed by road maps, recipes, sewing patterns and handwriting, it's easy to see how these inspirations have translated into Mel's work! 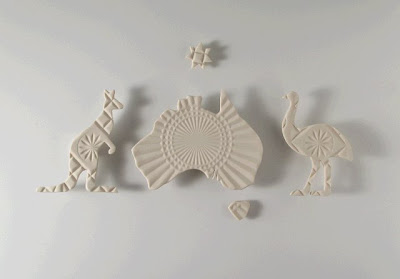 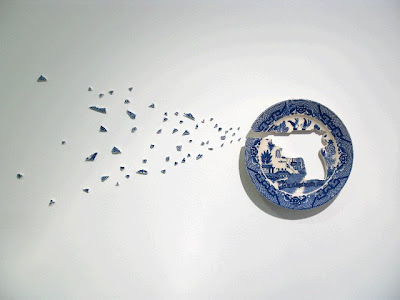 These days I have been working on a number of things...
Most things rate highly on the scale of fun, although there are certainly tedious parts of the process – like the endless sanding and polishing of the porcelain. And although I don’t ever seem to get much time to do it, I absolutely love throwing on the potters’ wheel. That’s right up there on the fun scale. I’ve been dreaming of having a nice big block of time when I can just sit down for days on end and throw throw throw…

At the moment I’m not getting a whole lot of time in the studio thanks to my very demanding (but very adorable!) 7 month old daughter, but I am working on a few commissions and some shows for next year. I’ve been playing around a bit more with a water-jet cutting process that I’ve been experimenting with – it’s been an interesting shift for me from being so hands on in what I make, to out-sourcing part of the process. But its sending me off on all sorts of interesting tangents right now!

My best achievement to date is...
My daughter, Matilda May. Definitely my greatest work so far!

I admire the work of...
I am surrounded by loads of talented ceramicists up here and they all inspire me in some way. Not only through their work but also the conversations and the ideas that come about when we get together. I admire all of them, because it’s a hard gig this making stuff business!! Anyone giving it a shot gets my admiration!

In the beginning...
I was always interested in making things and as a child growing up in the country outside Murwillumbah I amused myself by making bean bags and homemade soaps and (really ugly) drop waist dresses and tie-dyed doona covers. But I convinced myself as a teenager that I was more suited to a sensible job in foreign affairs or education and did a degree in Modern Asian Studies. I spent a number of years living, working and travelling in Asia, came home in my mid-twenties and enrolled in a community pottery class in the evenings. Wham bam the bolt of lightning came from the sky! I quit my job and started studying ceramics and have been doing it ever since.

My ideal mug is...
How about I show it to you… Actually it’s a toss up between two.

The first one is a Kirsten Coelho (pictured below), one of my favourite ceramicists. The look and feel of the glazes, the beautiful rim, the weight. It all just comes together perfectly. It doesn’t get much better than this.

The second one (pictured below) is by an American ceramicist Alex Watson, a good friend of mine. He made it whilst studying out here in Australia. It has this funny little nipple that sticks up from the base inside the cup. Again, the weight, the variation and nuances of the glaze (it’s woodfired), the handle is super comfy, and the fact that someone I really like made it also adds to it. I love using objects made by my friends. Especially when they are far away and you can still sit down and have a cuppa with them every morning!

The last exhibition I saw was...
I recently went to see some of GOMA’s recent acquisitions and a work by Candice Breitz was utterly inspiring. It was 16 life sized screens of Michael Jackson fanatics of all ages and walks of life, singing (and dancing to) the thriller album… You couldn’t hear the actual music, just their voices….like when you hear people singing with their iPods. I haven’t laughed so much in ages.
The work is an anthropological study of the fan….fascinating, hilarious and just a little bit disturbing!

Also, A Secret History of Blue and White is showing here in Brisbane at the moment. Some amazing ceramic work. Skilful, intelligent and a good dose of wit and humour too. Very inspiring.

When I was child I wanted to be...
Olivia Newton-John.

My dream collaboration would be with...
My sister – she is an amazing singer and performer and the themes of our work cross over in many areas. We’ve talked about collaborating for a long time…now its just a matter of both of us finding some time to actually do it!!

I also collaborate with Kenji Uranishi on a project called The Little People. We have a lot of fun with that and have grand plans for those little folk when we both find the time!! 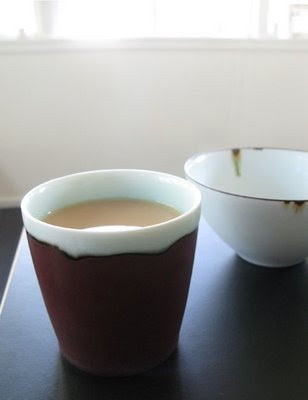 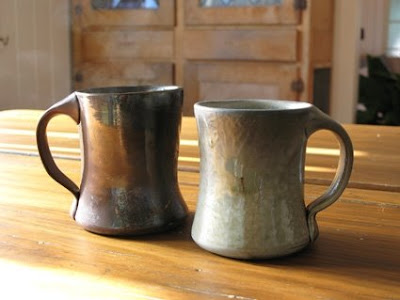 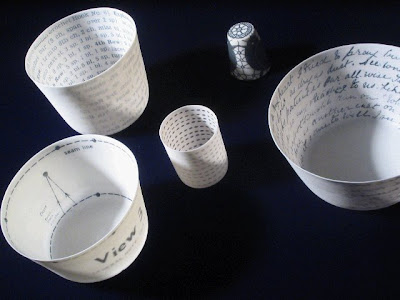 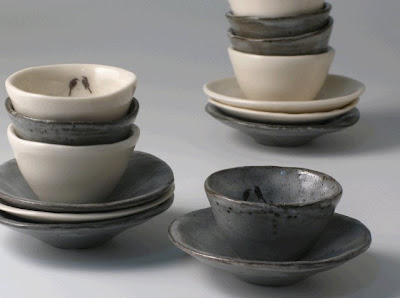 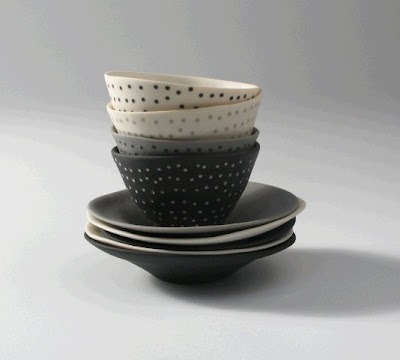 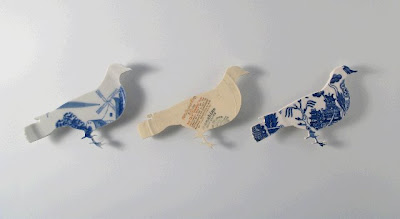