Welcome to Honor Freeman's beautiful world! Favouring pastel shades and delicious-to-behold shapes, Honor's ceramics are subtle in detail - for example a kiss of cotton candy pink on a snow white ceramic tumbler with 'when' inscribed on its side - and bear the mark of a truly passionate maker!
CLOG is very excited to present an insight into the life and work of this lovely lady and we are sure you are too. Much like previous Introducing... darling Emma White of faux-real Fimo fame (for real!), Honor too replicates everyday forms into their ceramic doppelgangers: a light switch appears unobtrusively on a wall in Valparaiso, Chile and closer to home in Adelaide, its presence forming a hidden secret between those willing to slow down and appreciate their surroundings.
Keep your eyes peeled for an upcoming post on Honor's studio next week. We'll be promising you more pastels and cheeky replicas! 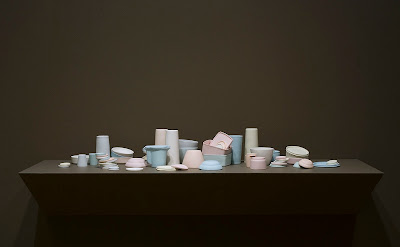 Primavera, 2007
In some of your earlier work, for example the on/off/on and tupperware series, you cast familiar objects into porcelain sculptures. What draws you to this?
I first fell in love with slip casting after Freya Povey gave a workshop at Underdale at the South Australian School of Art whilst I was studying there. Despite many early plaster disasters, anything that was castable was covered in a film of release agent, and I haven’t looked back since.

I love the thrill of the first cast taken from a mould; it never fails to delight. The curious ability of porcelain to mimic other surfaces, textures and objects whilst at the same time retaining the very qualities that make it such a seductive material, it imbues the object with some kind of otherness, transforming it and shifting it ever so slightly and subtly. The porcelain casts become echoes of the original, the liquid slip becoming solid and forming a memory of a post form, the essence of an object. Small moments caught and made solid as if frozen in time – liquid made solid.

As for the choice of familiar objects……I have always been drawn to noticing and quietly commemorating the smaller moments that are a constant rhythm of the everyday. 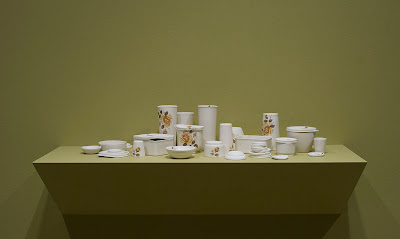 Primavera (yellow), 2007
Speaking of on/off/on, have you been back to Valparaiso or Adelaide to see if the porcelain switches are still there?
Oh how I would love to return to Valparaiso…..meandering streets and steep hills, unfortunately I haven’t been back recently – but one day.

I do return to Adelaide every so often and have spied several of the switches still about the streets that have slipped under the council clean-up radar, and friends will often give detailed reports of pieces. I’m always delighted when I revisit a switch or hear of one discoloured from passers-by stopping and attempting to flick the switch. 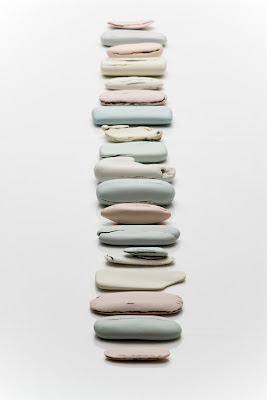 Honor's Soap series is one of her most recent works
What achievement are you most proud of to date?
Lately, I’ve been most proud of carrying my bike up the steep stairs home each night and still managing to breathe and talk. But mostly I’m proud to be exhibiting alongside artists whose work and practices I have loved and admired for many years.

When you were younger, what did you want to be when you grew up?
For a fleeting moment when I was a seven year old and my dad was the ants pants, I wanted to be a long haul truck driver. It was brief and based mainly on the esky that accompanied Dad on each trip – it contained a selection of fine snacks (fresh rye bread sandwiches with butter spread like cheese and thinly sliced smoked beef). That, and the two-way CB radio and sleeping bunker connected to the cab. But it never would have worked – as friends can attest, I will never be a night owl. 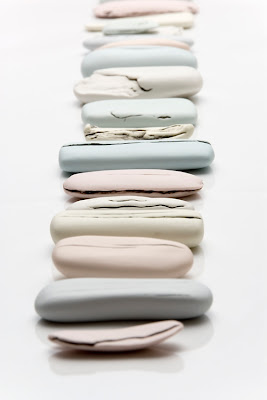 Where were you five years ago?
I was in Adelaide, craft city…land of affordable living; good food and the 10 minute drive from everywhere.

If you had a blank cheque and could buy any artwork in the world, what would it be?
Gosh, a blank cheque…..I feel like a kid in a lolly shop frozen from choice. At the moment, it would be Vija Celmins’ 1964 painting, Heater. Small, modest, but a strong presence. 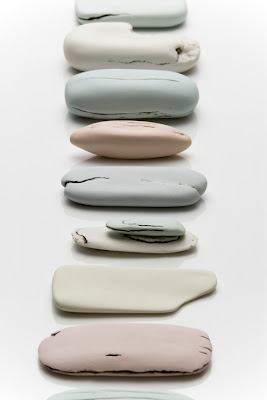 And last but not least, what is the wisest thing someone has ever told you?
Always politely decline invitations to attend parties on boats. 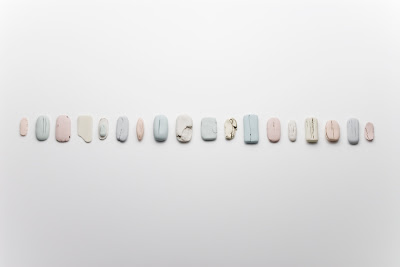