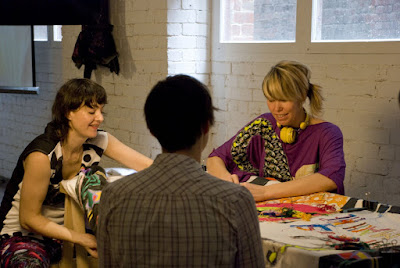 Last week the team from ABC's Sunday Arts program dropped by CVHQ to interview the Chicks. Very exciting indeed! It's definitely something to look forward to: Alex demonstrates that she does know how to play (shoe) guitars, Melissa puts on her voice-altering helmet and does an impromptu spoken word session and the Chicks take us on a tour through the exhibition.

The Chicks on Speed special will be aired on Sunday 12 April at 7.30pm. Also look out for an interview with Nella, CVHQ's curator, and exclusive footage of the Chicks on Speed/Dylan Martorell performance from last week! 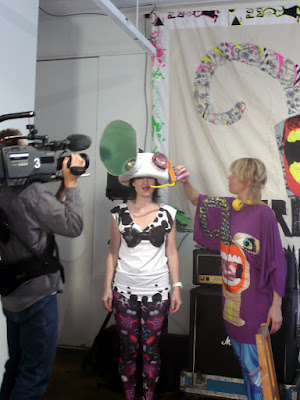 In the meantime, here are some images from the filming. 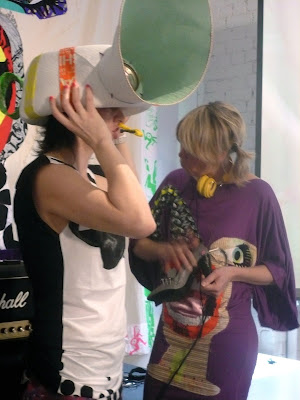 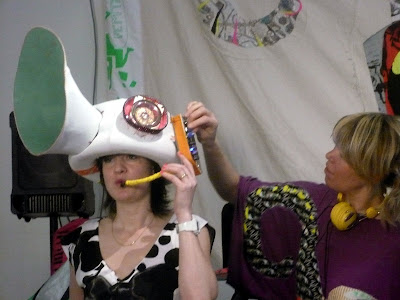 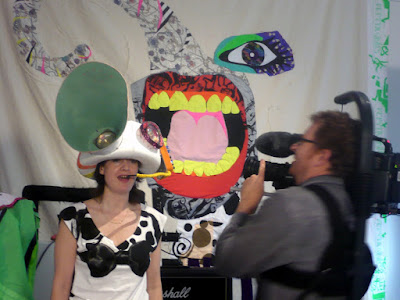 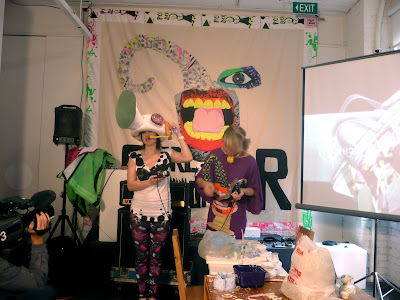 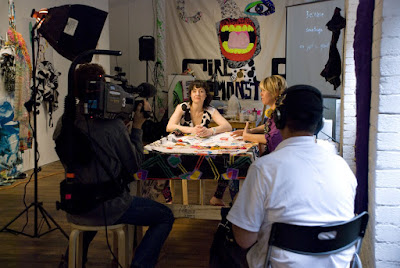 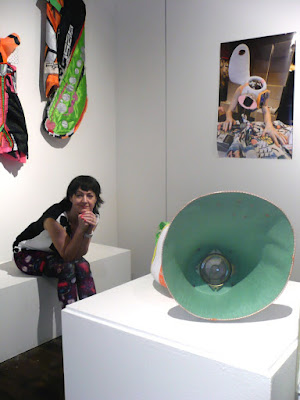