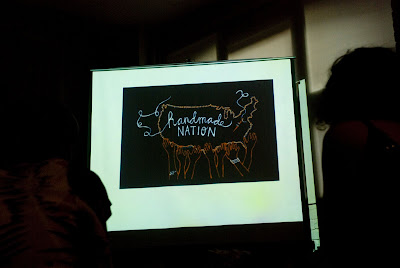 Last Friday evening, craft guru and DIY extraordinaire Faythe Levine paid a visit to CVHQ where she presented a talk on Craftivism: Reclaiming Craft & Creating Community. It was lovely to have Faythe and a great honour as well! Over the course of an hour, Faythe gave an animated and charismatic presentation on the politics of craft and the handmade and its relationship to the wider world. 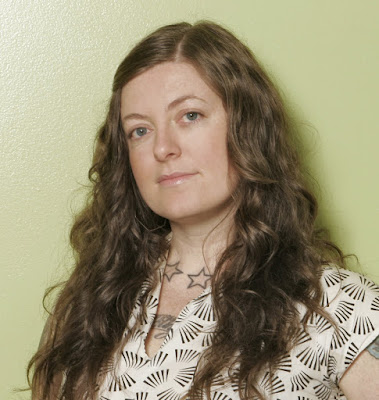 Super lady Faythe Levine
Some of the questions posed included "Within a world of mass production, globalized economy, and extreme materialism, what does crafting something by hand mean?" and "Where does craft find itself today?" Hardhitting questions indeed! Punctuating her talk with visual examples of work from other respected crafters like Knitta, Lacey Jane Roberts, Stephanie Syjuco of AntiFactory and the Counterfeit Crochet Project, Betsy Greer of Craftivism and Kate Bingaman-Burt and Obsessive Consumption, Faythe's talk was a definite winner. 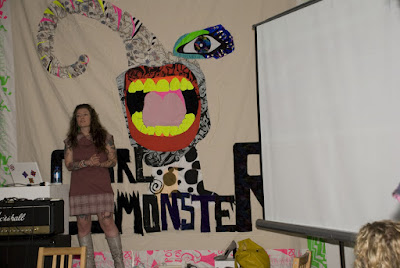 Without further ado, here is a visual snippet at what attendees were treated to. 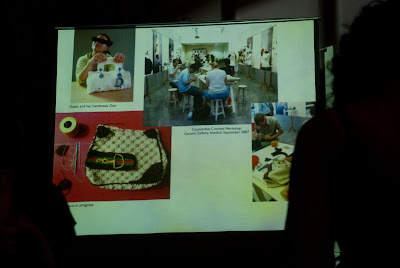 First up was The Counterfeit Crochet Project. In 2006 a call was sent out to crafters asking them to construct their own designer bag. Ranging from intricately detailed to the amazingly lumpy, each bag represented a unique manifestation of how crafters translated these symbols of luxury via the medium of crochet. 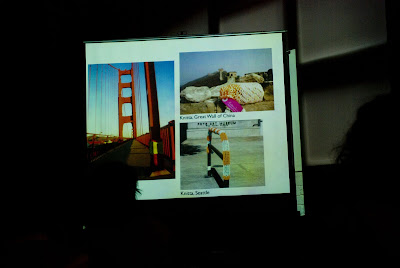 Faythe also introduced us to guerilla knitting group Knitta. Formed in August 2005, Knitta is a spontaneous craft collective that delight in covering everyday objects such as traffic sign posts, fences and the like with colourful knitwear. 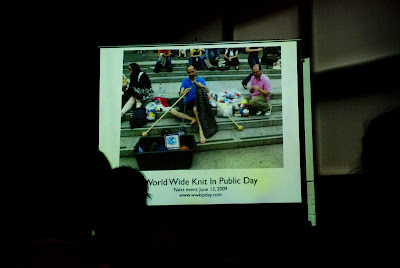 Have you heard of World Wide Knit in Public Day? This year it falls on 13 June, so get those needles out! 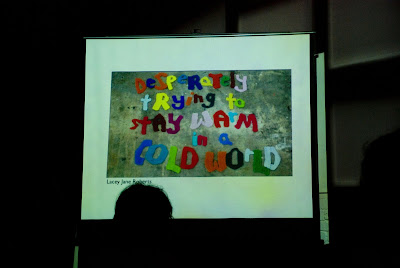 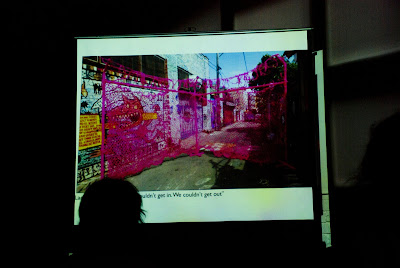 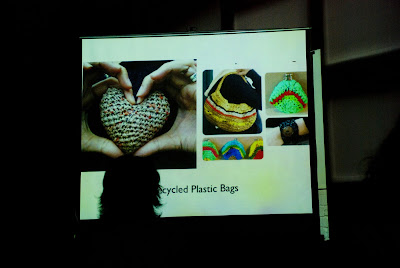 An example of stallholder's work at the 2007 Renegade Craft Fair. 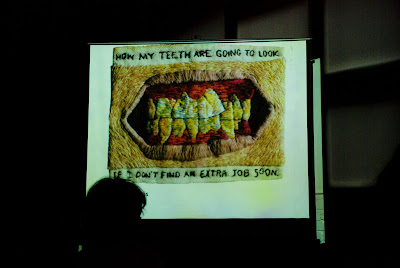 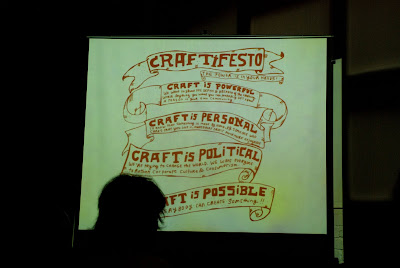 For more on Faythe Levine, visit her wikipedia entry (why not?) or even better, visit her personal blog and her craft blog.