To blow those mid-week blues away, here's a peek at Natasha Dusenjko's Gallery 2 exhibition babel, currently on until 13 June.


Babel is a word-based collection of fine porcelain and paper works. This collection of short texts constitutes a series of incantations, codes and instructions scrolled around porcelain bones or thin spines. The porcelain bones are internal structures and vessels of ancestor memory. This memory is fluid, is evasive, is aquatic. The thin spines resemble futuristic Towers of Babel reaching into space, anticipating communication and new frontiers. These towers have either an upright or collapsed form.

In the making, both forms build toward new possibility, words become obscured, resulting in a non-defined beginning or end, now replaced by chance permutations of the accumulated text. The sculptural works are deliberately placed onto two large scale text based charts. Each chart is placed on a raised surface, analogous to work benches in an observatory or laboratory suggesting a process of decipherment. Map 1 exhibits a similarity to ancient star charts, the placement of towers alluding to significant points of a constellation. The accompanying Chart 2 resembles an organised series of archeological artefacts, each piece methodically numbered and labelled.

Ultimately, Babel evokes a spiral passage both outward and inward. To unravel the scrolls initiates a return to the spine – the axis mundi, the source of a universal native tongue – love. 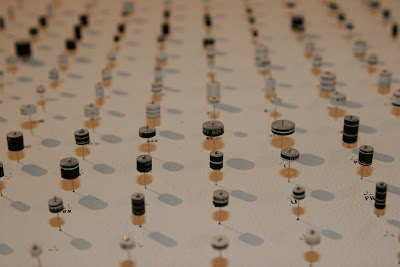 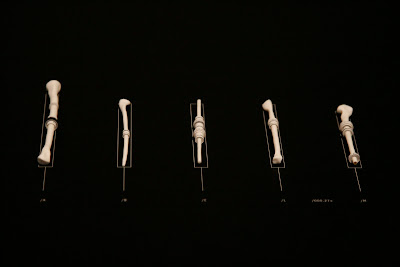 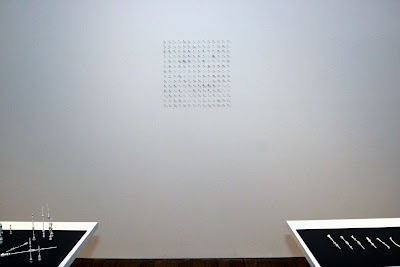 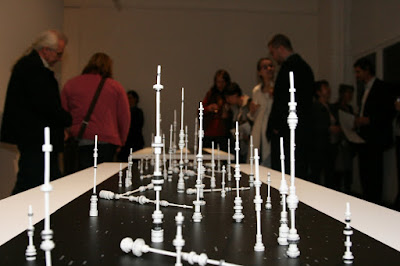 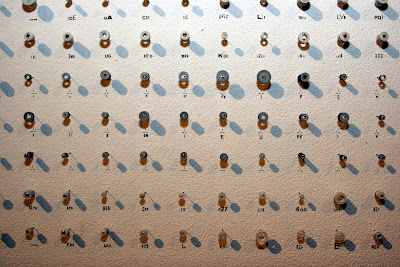 Coming up soon, an Introducing... featuring Natasha! We'll also be posting more images of the show towards the end of her exhibition.