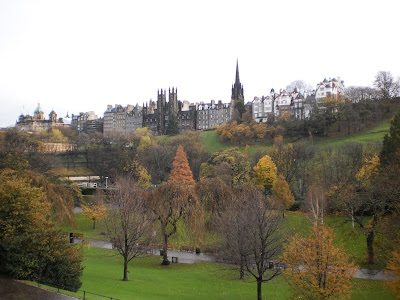 For the next part of his trip, Joe Pascoe (Craft Vic's CEO & Artistic Director) headed to Edinburgh, Scotland, and went further on to find out about the proposed 'Victoria & Albert at Dundee' ("an outstanding development and an institution to watch" according to Joe!), met with staff from Craft Scotland and took tours of the Scottish Galleries, Dovecot, National Portrait Gallery, Dean Gallery, Edinburgh Castle and Museum on the Mound.

"The time spent with Craft Scotland was very interesting and offered an in depth perspective of the craft scene in Scotland. Craft Scotland itself has about 5 staff and acts primarily as an advocacy body, developing the craft brand in Scotland (and externally). The Scottish craft scene is rich and varied, and well served by a network of cultural officers who work across a broad platform of Scottish culture. Whilst the range is broad in terms of craft practice, the centre of focus tends to be object making. With so much history to call on, craft practice tends to reference heritage as much as contemporary concerns.

"It was invaluable for me to meet an outstanding group of Scottish craftspeople (at the Coburg House facility and elsewhere), and to have the opportunity to gain an understanding of Craft Scotland. For their part, they were very impressed with Craft Victoria and its programs, and the way we function." 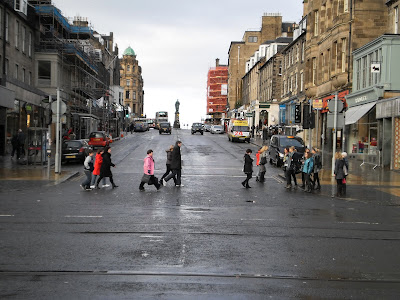 "WASPS was an excellent large studio complex that would be worthwhile for craftspeople to approach if they intended to live and work in Glasgow or elsewhere in Scotland for a period of time. WASPS runs over 10 studios across Scotland, ranging from Shetland Islands to larger urban areas such as Glasgow. Most studios would be studio spaces only, and not residential.

"Glasgow is an interesting place, for example it has a Jamie Oliver restaurant on the city square, and run down urban fringes."

Afterwards it was on to the Isle of Bute - by ferry no less! 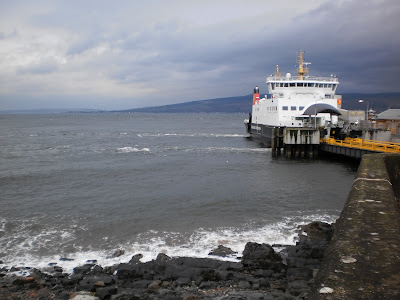 "The visit to the Isle of Bute was a real treat, especially in terms of engagement with the Scottish landscape. The Isle of Bute is approached by a car ferry, and one of its most famous residents is David Attenborough, which gives some indication of its natural beauty.

"The tour of Mount Stuart was a very special highlight, and offered an insight into the role of craft in terms of its incorporation into heritage buildings. For example, Mount Stuart castle has the first tapestry woven at Dovecot (1912) amongst its extraordinary collections." 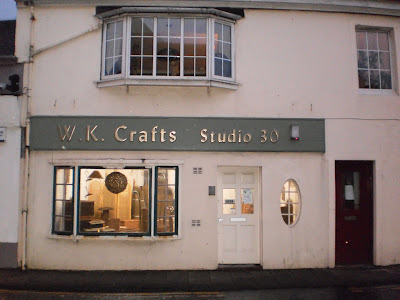 "The visit to Craft Town at West Kilbride was very interesting – it had been a town/village on the decline and started to use its old shops as studios, and is now at the stage of renovating a church as an exhibition centre. There are probably about ten crafts people in residence, and the development is slow but steady.

"Most of the makers have very good websites and use the shop/studio as a base for wider business operations. It is coordinated by a part-time director, and once the new exhibition facility opens it should enjoy considerable success, especially as there are few dedicated display spaces for contemporary craft (apparently) in Scotland (or seemingly in the UK)." 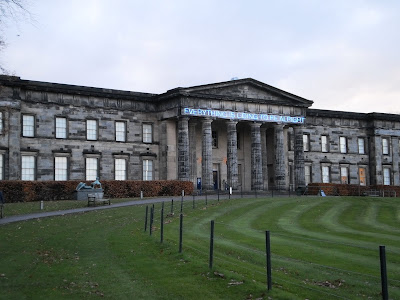 "My overall impression of the craft scene in Scotland is that craft is seen as a vital component of the Scottish brand. This definition of craft includes traditional making such as baskets, tapestries, silverware and ceramics, in a way we would find very recognisable. Surrounding this nucleus of object based craft you will find music (bagpipes!), fabulous food, outstanding architecture and a highly intelligent literary discourse. Scotland itself is multi-faceted, with many islands, tough mountains and cities and towns with personality.
"As mentioned, the university at Dundee is developing an extraordinary new craft facility, which is due to open in 2014; What it means is a real commitment to the crafts, recognising their centrality in creative culture. The V&A at Dundee will strive for a balance of exhibitions, networking/research and economic development, which is rather like Craft Victoria these days. I can assure you that they watch our website and programs with great interest!" 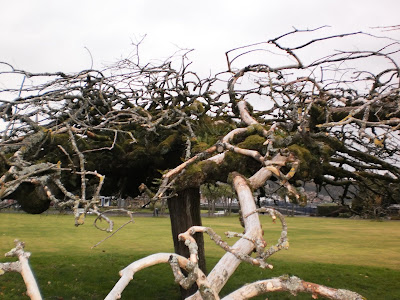 For his last leg of his trip, Joe travels to Amsterdam - stay tuned for the upcoming and final post!
From Craft Victoria