This week, CLOG is proud to introduce recent NMIT graduate Tara Lofhelm whom you may remember as one of the exhibitors of recent enCOUNTER exhibition SNEAK and from her participation in the November Craft Hatch market, and the December one too!

Knots and intricately woven ties are central to Tara's artistic practice, and if you like what you see, do drop by Craft Hatch tomorrow at the City Library gallery from 11am to 4pm to see more of Tara's work/

Happy Friday everyone, till next week! 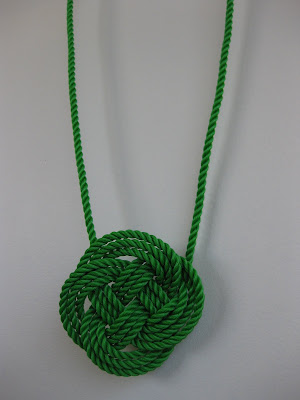 Tell us a bit about yourself…
I grew up in Melbourne, and I guess I had a creative childhood. My mum was an art teacher so there were always little projects going on – card-making, knitting, puff-painting 90s tracksuit jumpers etc. I remember spending school holidays with my two best friends running ‘The Craft Club’, where we would while away our days doing various DIY projects in the attic.

I completed a Bachelor of Creative Arts at uni, focussing on professional writing. But then I became a bit bored and disillusioned with writing, and wanted to try something more creative, hands-on and tangible. I knew someone who had studied jewellery at NMIT, and after picking her brains I thought it sounded like an incredible course. I realised I had always been obsessed by jewellery, so decided to just go for it and apply. 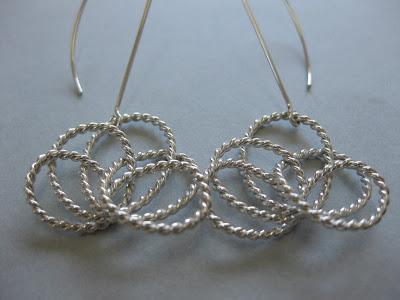 In your jewellery you’ve made a few references to string and the way it can be wrapped, knotted and manipulated. What draws you towards this material and shape?
It all began when I was studying, and became interested in the art of Japanese packaging and the use of mizuhiki. These are starched paper cords knotted around packages, which not only serve a practical function, but also a symbolic one. Once tied, they cannot be reused, hence representing an event or moment that will never be repeated again. Various knots for are used symbolically for different occasions.

In my work I have dabbled with the concept of knotting and manipulating wire using hand-twisted metal. The random, hand-made application ensures no two pieces will ever be the same, so people are buying an individualised, one-off piece – like the mizuhiki concept, it’s a shape that will never again be repeated.

Recently I’ve been creating various knots and shapes in string or twine, and having them cast in metal. I particularly like this process as you get a beautiful texture coming through the metal, which gives the pieces a depth you can’t get from regular, round wire.

I’m starting to explore different styles of knotting; different shapes and designs. Perhaps it all stems back to the fact that I was a Scout for over seven years, so perhaps knot-tying is an inescapable part of my DNA! 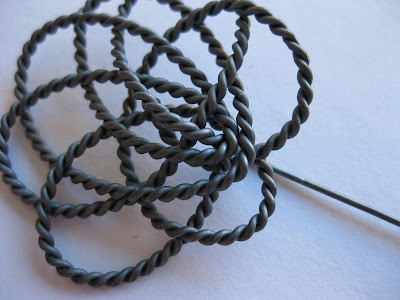 What was the first thing you made at NMIT?
I think it would have been a series of three basic, round silver rings, which are still sitting in their job packet shoved at the back of my bookshelves! I remember being amazed at the fact that I had made them myself, from scratch.

I still get that feeling when I finish pieces. I feel a sense of wonderment that I can envisage something in my mind, then have the skills to create it in a 3D, functional, wearable form. Something that just came from a seed in my mind, which is now sitting in front of me, in real life. That still spins me out.

What has your proudest achievement to date been?
Ooh, that’s tough. Maybe selling my first piece? But also having our final year exhibition last year; being able to show my family and friends the culmination of two years of study. I think people were shocked at what I had learnt and achieved! But that was a good feeling, like the two years was really worth it and realising how far I had come. 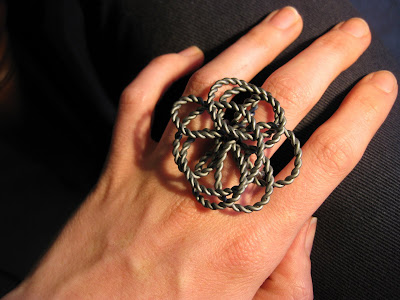 What other skills would you like to learn?
I’d love to learn more textile-based skills, like sewing, knitting, screen-printing etc. That area has always fascinated me. I would also love to learn another language, and know how to pop, lock, and dance the Electric Boogaloo like it’s 1984! (Parachute pants included). Tell us about an exhibition you visited recently that really inspired you…
The one that sticks in my mind was the 2006 Cicely & Colin Rigg Contemporary Design Award (Jewellery) at the NGV. This was when I had first applied to do the NMIT course, and it was probably the first jewellery exhibition I had been to. I remember being amazed at the scope of works on offer, and the contemporary take on wearable jewellery, the questioning of ‘what is adornment?’ that I hadn’t really considered prior to that. I can recall being so inspired; it cemented for me that jewellery was the passion I wanted to pursue. 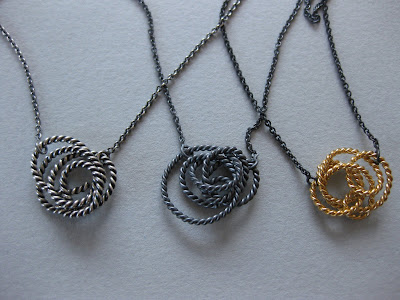 And finally, what gets you in the mood to make and create?
Reading design/technique books, which foster a desire to explore new concepts and try new things. Visiting galleries, random Googling of craft and DIY projects, hanging out at my studio, or simply having a design in mind that I am desperate to see translated into the real deal! Sunny days and great music never go astray either… 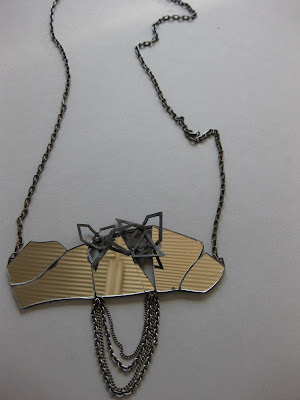 Don't forget peoples, Tara will be at Craft Hatch tomorrow! City Library gallery from 11am to 4pm. See you there!
From Craft Victoria

Tara! wow... look what I came across looking up jewellery on the internet! holly smokes you talented lady... where can I get some of your gorgeouse creative genious.