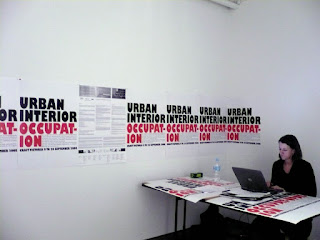 For the majority of the exhibition program, Suzie Attiwil has set up a makeshift office in the space of CVHQ. As the Occupation Interiorist of Publi(city), Suzie defines her occupation (oh, the many layers of meaning involved in that term) as involving the processes of making publi(city), of collecting to produce collectivity and communities of practice in the consideration of new kinds of infrastructure and governance which enable creative engagements and encounters. 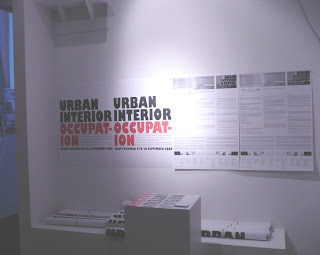 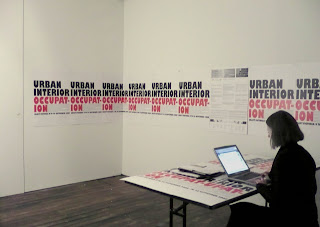 Suzie originally occupied a desk centered in the middle of galleries 1 and 2 (pictured below), before moving to the more intimate setting of gallery 3. Of the move, Suzie mentioned it became easier to speak with visitors who entered into her space. Looks like gallery 3 is fast becoming CVHQ's nook for interactive residencies! 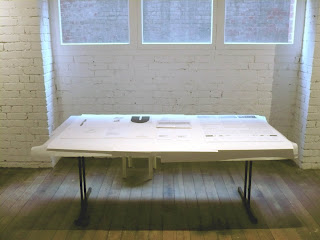 We've got a few more posts covering the UI occupation over the next few days for all of you who missed it! Our next exhibition opening is coming up on Thursday evening, check out the sidebar for details.
From Craft Victoria