Stephen Gallagher's new series of jewellery expresses both the visions of Arcadia - paradise lost - and the afflicted ennui of the Elizabethan cult of Melancholia.

Some light and colourful, others ominous, Gallagher’s jewellery is a mix of dyed pearl necklaces, brooches of plastics and pearls, coral and gems mixed with gold, silver and embroidery that form quasi-Elizabethan jewels for the contemporary wearer.

Gallagher’s current work draws upon influences of the Cheapside Horde (the most substantial find of Elizabethan and Jacobean jewellery and objects), finely embroidered textiles, jewellery from the Waddesdon Bequest at the British Museum, and the poetry of the Elizabethan period, particularly Sir Phillip Sydney’s Countess of Pembroke's Arcadia - a highly idealized version of a shepherd's life filled with stories of jousts, political treachery, kidnappings, battles, and rapes.

The outcome is a fusion of the contemporary mixed with the historic, of ongoing research and development from his recent London residency from the Australian Arts Council where Stephen researched Elizabethan ornamentation, jewellery, textiles and objects in situ.


Here are some detailed shots of Stephen's colourful characters. Using precious stones and materials like gold, coral, pearls, onyx and jade, the jewellery on exhibition are a delicious display of decadence and divine artistry! (And you know how yours truly saves the alliterations for only the most marvellous of occasions.) 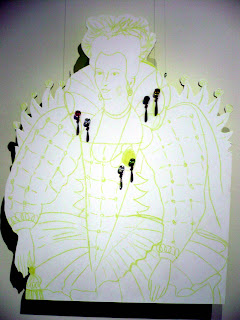 Mary Fitton, maid-of-honour and the ‘Dark Lady’ of Shakespeare’s sonnets 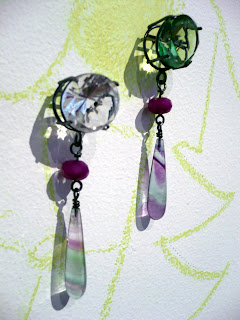 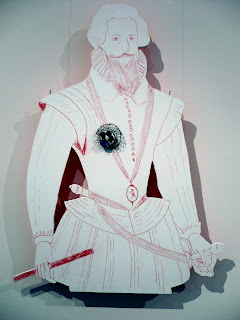 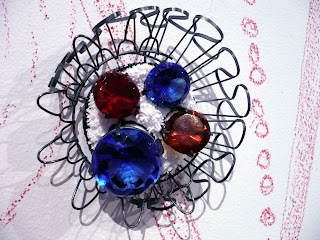 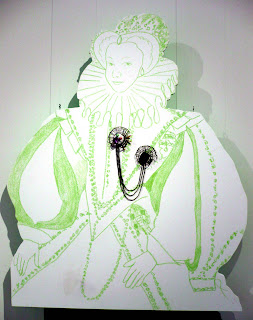 Lettice Knollys, the Countess of Essex and cousin of Queen Elizabeth 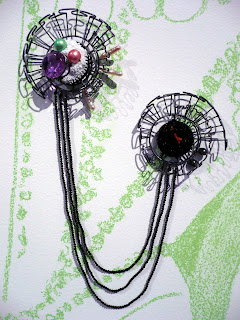 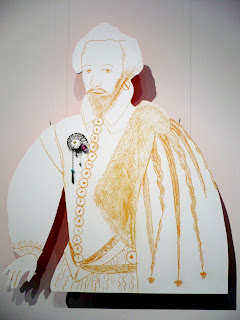 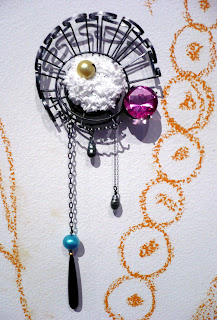 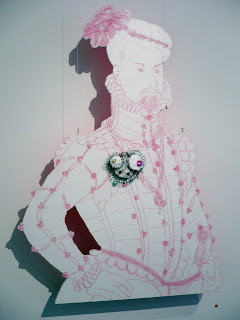 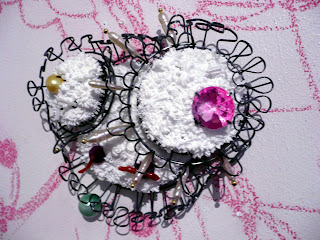 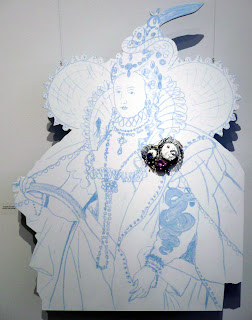 And of course, the great lady herself, Queen Elizabeth 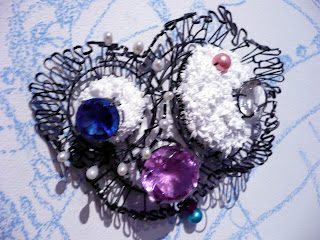