Originally from Hamburg, Germany, Beck moved to New Zealand to pursue a degree in Sculpture and Painting before relocating to Melbourne in 2000. Since then, Beck has emerged as one of the most exciting multi-disciplinary artists we've seen. Not only does she paint, make, create and illustrate (Beck is part of super Melbourne-based illustration agency, The Jacky Winter Group), it's hard to think what else is left for Beck to accomplish.

Totally Totem will be on display until 12 April. Pass the pepper please! 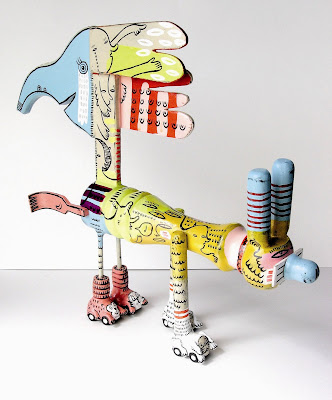 About Totally Totem…
Originally the Totally Totem installation started with the idea of making totems for the kitchen [and] playing on the idea of the domestic goddess/god. But then I started playing with the idea that these domestic gods could also be functional. Like a mobile phone that can be used to check emails, take photos and tell us where to go (GPS maps). I like the idea that these totem poles can be both an object of worship and also an essential kitchen item.

My proudest achievement to date…
Every time I show my work there is an element of fear and an element of pride. I guess the thing I’m most proud of is simply being able to show my work… that and becoming an aunty. 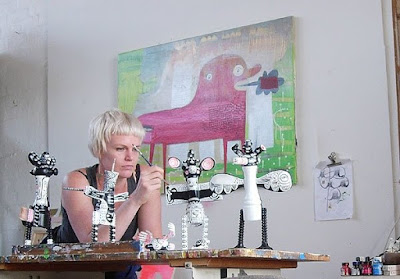 The best thing about what I do…
Being bare foot in the studio in summer.

...and the worst thing
47 degrees in a studio with a tin roof. 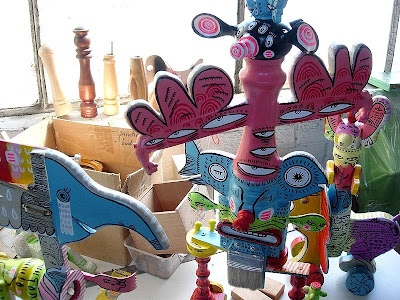 My dream collaboration would entail…
I’m thinking of all the talented people I know: the architects, designers, illustrators, painters, sculptors, jewellers, furniture makers, writers, poets, knitters, bakers, candlestick makers… if it was possible to do a giant collaboration with all of these people, where we didn’t all end up killing each other, I reckon that would be a dream come true. 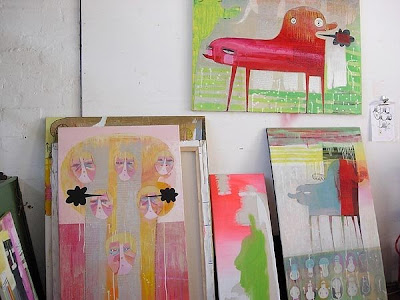 Making, sewing, illustrating, curating... is there anything that you don't do?!
I remember some sci-fi movie I saw that had a robot in it that could eat a book and then know everything in it. Like eat a book on karate and automatically become Mr Miyagi. I don’t want to learn karate or be Mr Miyagi, but I do want to learn animation. I wish I could just eat every book ever written on animation and know how to animate. I’ve recently started to learn, and am discovering it’s much, much harder than I thought. 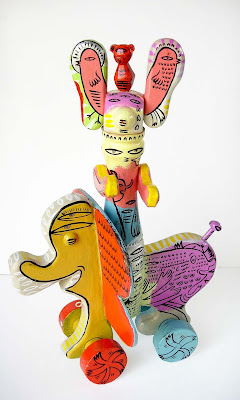 Keep checking CLOG over the next week for photos of Beck's exhibition.