Last Monday, we wrote about CVHQ's beloved Assistant Retail Manager #2 Anita Cummins' first solo exhibition at Mailbox 141 entitled Pantone Pom Pom. The exhibition opened in the stairwell of 141 Flinders Lane with much fanfare and hoorah, to the amusement of a few passers-by. It's amazing the number of people you can fit in there!

We'll have some shots of Anita's show on the blog very soon, but in the meantime have a peek at the installation process (which was assisted by yours truly!) 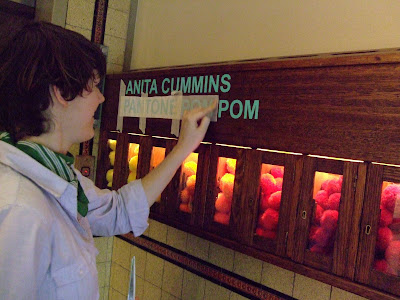 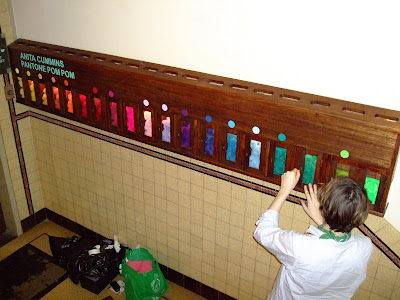 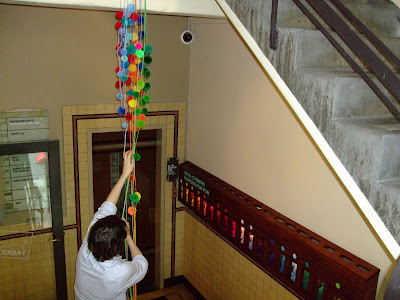 Surprise installation
Anita's exhibition opened on Tuesday 30 June and will run until Saturday 22 August. Pantone Pom Pom is one of two satellite exhibitions taking place as part of our inaugural festival and cultural program, Craft Cubed. The first half of the exhibition will see a spectrum of colours in each of the 19 mailboxes. Midway through the show, Anita will be changing over the palette to a more tonal colour scheme - stay tuned for that!

In other news, keen-eyed readers may have noticed Michi Girl's snappy writeup on Anita's exhibition. Thanks for the love Michi! 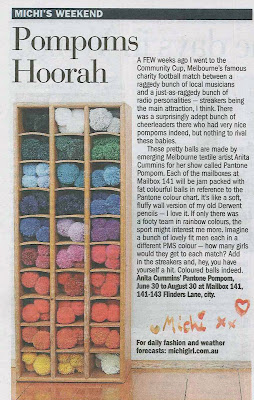